The Benefits of Double Glazed Windows 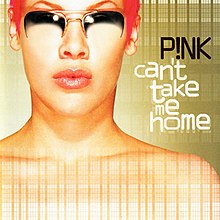 Double glazed windows are windows made with two panes of glass. A space is left in between the panes for a layer of air or gas. This layer adds an extra barrier of insulation to keep the heat in during winter and out in the hot summer months. It also keeps the cool air from air conditioners on the inside where it belongs. The windows have a coating on the surface to reflect heat and usually are treated to block harmful UV rays.

Double glazed windows are also sometimes referred to as insulated glass. The space in between the two panes can be simply filled with air, or some type of gas. The types of gas are chosen based on their ability to insulate. Some gasses have a higher density which causes them to have a different thermal conductivity than regular air. The best way to insulate would be to create a perfect vacuum between the panes, but this option presents a lot of problems for manufacturers. As a solution, a partial vacuum is created and then a gas such as argon, krypton, or xenon is used to fill the space.

When choosing a double glazed window there are certain things to look for. Some are better than others when it comes to insulating. A window that uses a gas instead of regular air will cost more but work better. Argon is the most common type used. Krypton and xenon have better insulating properties, but also cost more. The type of framing material should also be taken into consideration and not just for looks. Wood and vinyl frames work best to insulate your home.

See also  What Are The 6 Types Of Garage Doors

There are a lot of financial benefits to purchasing double glazed windows. The windows can save you money by reducing the cost of your heating and cooling bills. Some estimates say your bills could be as much as 10% lower. Replacing your windows is also one of the best ways to increase the value of your home.

There are a number of conveniences and perks to owning these windows. The better insulation also acts as a sound barrier. This keeps outdoor noise pollution from invading your home. The thicker glass also provides better security since it’s harder to break through. Windows that block UV rays can save your furniture and carpets from getting damaged by the sunlight.

Even if your home has older double glazed windows, it may still be time to have them replaced. There have been countless advances in technology that help modern windows insulate better than ever before. One sign that your windows need to be replaced is condensation between the panes. This shows that the windows no longer have an airtight seal. Just replacing the glass will not add the extra insulating benefits of a gas filled pocket between those panes.

There was a time when double glazed windows were only being made for homes in extreme climates. Now these windows are common and popular everywhere. Many home builders are using them right from the start. Most major window manufacturers now offer them in every color and frame style imaginable.