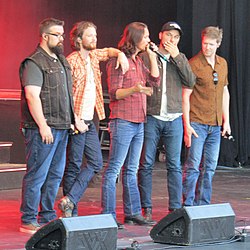 For decades, buyers of American high-end homes, condos and lofts have often been happy to invest in nearly commercial-grade kitchen appliances, even if they personally didn’t intend to use them much. They believed that doing so would increase the resale value of their home.

Meanwhile, as a Minneapolis realtor, I have observed that our newest condos and lofts continue to come with full-size refrigerators, ovens, microwaves and dishwashers, even in light of the current recession, and even though these homes are likely to be inhabited by only one or two people. This is true even as the value of energy conservation becomes more and more accepted within American households.

Because Americans love their kitchens-and the kitchens of others! Guests at our parties congregate in this favorite room as if it were a pre-planned destination. Relaxing in the kitchen typically places guests in close proximity to the hosts and the hard work and planning put forth on their behalf.

It should not be ignored that the hard work and planning were made considerably easier by top-notch and, yes, large kitchen appliances. The extra capacity inspires cooks to keep trying more and more difficult things. Also, just because a home is inhabited by only one or two people, it doesn’t mean that the owner will never bake a pie, use a large jelly-roll pan, or prepare a turkey with stuffing.

Some environmental advocates, questioning the value of large kitchen appliances, say that Americans ought to imitate their European counterparts who are more accustomed to smaller refrigerators and appliances.

See also  HVAC Advice You Need To Have Right Now

Interestingly, because I invest heavily in the Internet portion of my business, I regularly receive inquiries from European buyers who later tour local listings in my presence. Do these customers gasp in disgust at the sight of large refrigerators with water dispensers and ice cube makers? No! They gush at them, for truly kitchens represent the heartbeat of homes across the world.

In addition, it is worth noting that Americans traditionally shop for groceries once weekly, as opposed to the European practice of visiting the markets two or three times per week. As a result, Americans quickly recoup any added refrigeration expenses in saved gasoline costs. Besides, home buyers and developers interested in energy conservation can always invest in Energy-Star appliances, which by definition use at least 20 percent less energy than federal government requirements, for a given size of appliance.

In the past, it is possible that some of the perceived value of kitchen appliances derived from status symbol. Today, however, the value comes from function and utility. More and more Americans eat and entertain at home, saving restaurants for the most special occasions. The incentives to eat at home are particularly relevant in a state like Minnesota where groceries are exempt from sales taxes at the same time our downtown restaurants are pummeled with sales taxes as high as 10.77 percent.

Given the New Frugality, spending money on kitchen appliances is not only not a waste; it’s an investment likely to increase the resale value of your home even more than it did before.

See also  Interior Design Tips That Can Help You Out